On our last full day before handing back the campervan, we decided it was only right to finish our roadtrip with a visit to one more of Australia’s many incredible National Parks.

The Glass House Mountains are a series of 11 rocky outcrops, that were formed by volcanic activity, and rise up dramatically from the otherwise flat surroundings. They are located in the Sunshine Coast region, just 68km north of Brisbane. It is possible to climb all but one of the mountains, with the largest Mount Beerwah off limits since a large landslide in 2011. Given our limited time, we were pleased to manage to reach the summit of two of the smaller peaks.

Before making a start on the mountains, we decided to begin the the day with what we hoped would be a leisurely visit to Kondalilla Falls. The 4.7km trail started by taking us past a series of rockpools and stunning views across the valley, before a deceivingly gentle descent to the base of the huge falls.

This was followed by a far steeper walk back to the carpark, with over 100 steps for us to climb. This turned out to be a far more demanding walk than we expected, but well worth the effort.

Our next challenge was probably our favourite walk of the day, the 2.8km climb to the summit of Mt Ngungun. Beginning in open forest, the winding track quickly increases in steepness, and we were soon using our hands and feet to scramble the rockier sections.

It was worth it once we reached the surprisingly busy summit, where we had a well earned rest, taking in the panoramic view of the surrounding area, with several of the other peaks visible nearby.

We then made our way to Mt Tibrogargan, where we had some lunch in the shaded picnic area before starting our next walk. We considered climbing all the way to the 260m summit, but were deterred by the signs declaring it for ‘experienced climbers’ only.

Instead we walked the less adventurous 3.3km circular trail around the peak. Passing through dense forest, the enjoyable walk included some occasional great views, but we couldn’t help but think how much better the views from the summit must be.

Our final walk of the day was the most challenging, and included probably the steepest path either of us have ever walked along. The trail to the viewing platform at the summit of Mt Beerburum climbs a total of 150m, over a short distance of just 700m.

As we struggled our way to the top, it felt at times like we were going backwards. Unfortunately after so much exertion, the views from the overgrown summit were somewhat underwhelming. Thankfully the descent was far easier, as we ran back down the steep path in a matter of minutes. 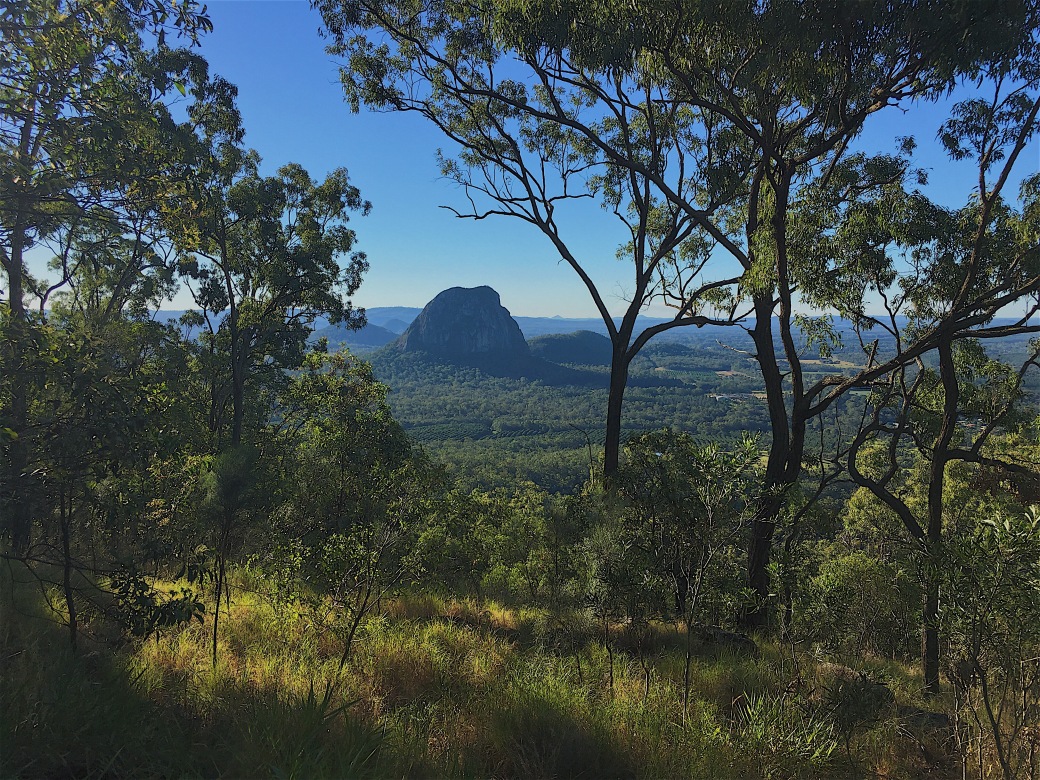 We were hoping to visit the regions Botanic Gardens, which we had been told provide spectacular views across the mountain range. However we were disappointed to find that the Gardens are closed Monday to Friday. We instead visited the nearby McCarthy’s lookout, which provides spectacular views into the distance, with at least five of the peaks visibly dominating the skyline. 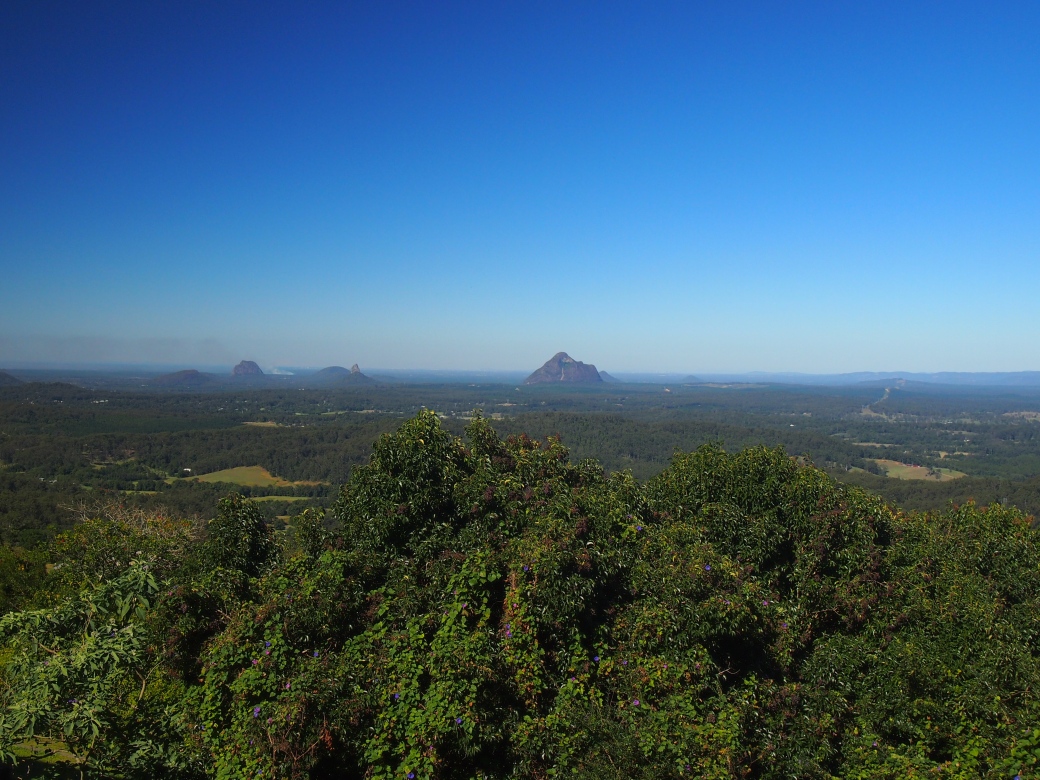 We had a further break from the walking, with a short visit to the small but busy town of Maleny. The centre of the town was full of a variety of independent craft and gift shops, as well a number of coffee shops. There was also yet another chocolate shop and cheese factory, although for once there was no free samples for us to enjoy.

We had a great day in the Glass House Mountains, and it was the perfect way to spend the last full day of our road trip.