After a few days apart, Mum and Dad arrived into Sydney ready for an action packed weekend exploring the city that we now call home. Luckily for them, Dee and Rob were met at the airport by a private chauffeur (Rachael), who took them into the city and to their fancy apartment overlooking Darling Harbour.

First on the agenda was a very late Christmas present – dinner at one of Sydney’s many harbour-side restaurants. After giving them a few hours to unpack, we met back at Darling Harbour, and took the ferry across to Milson’s Point, which is on the north side of the harbour.

We chose to eat at Ripple’s, which is located almost directly under the Harbour Bridge, and is the converted kiosk of the grand art-deco North Sydney Olympic Swimming Pool. The food was more than a match for the stunning location, as was the accompanying bottle of (very expensive) Penfold’s wine, which we had been patiently saving for a special occasion.

After a very enjoyable evening we caught the ferry back to the city, and took a relaxing stroll along the now bustling waterfront, before saying our goodbyes for the night. 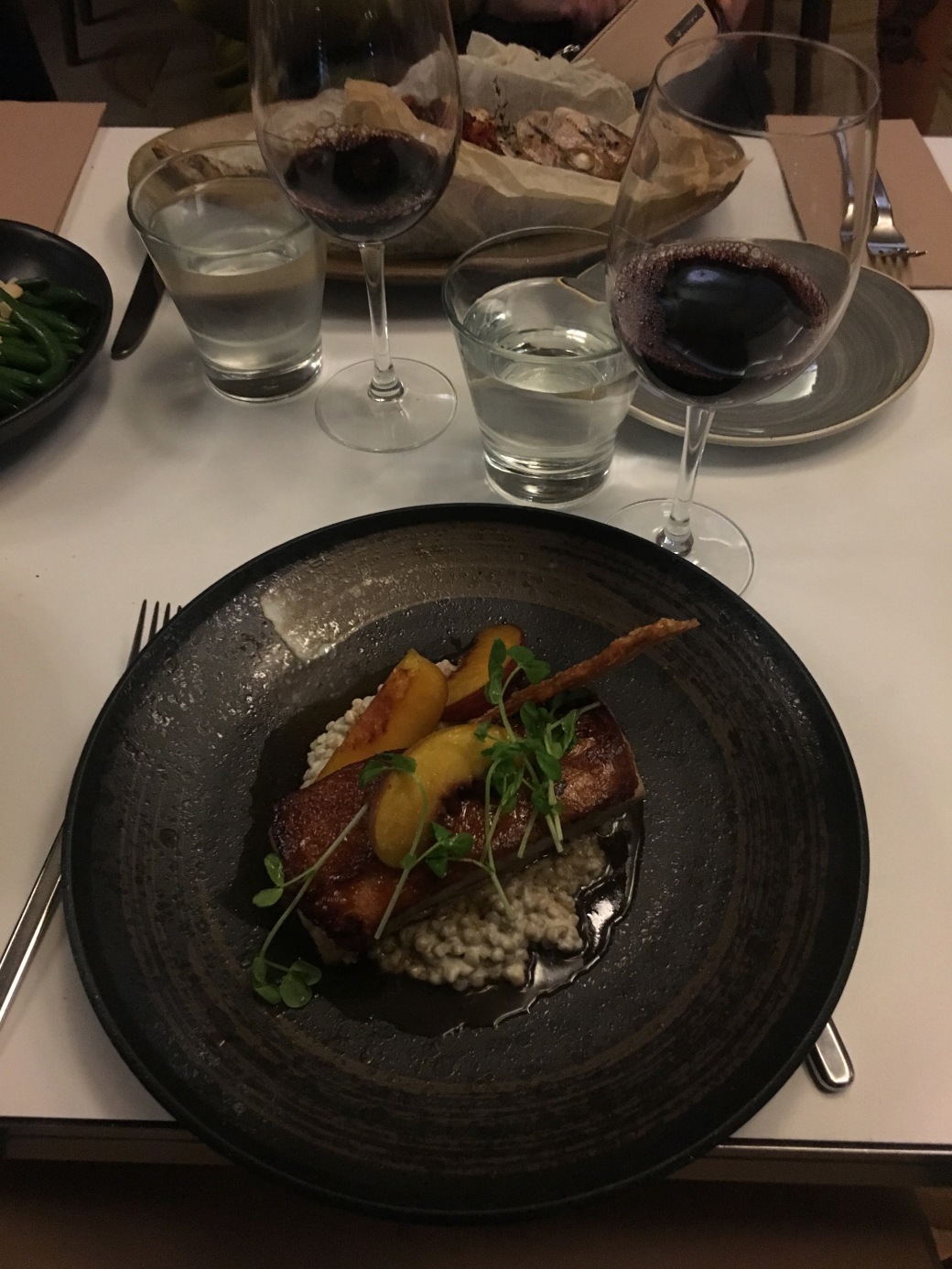 The next day began early as we made our way to Bronte beach, the midpoint of the famous Bondi to Coogee coastal walk, one of our favourite things to do in the city. After all, no trip to Sydney is complete without visiting it’s amazing beaches.

We were greeted with clear blue skies, and with Autumn now upon us, an almost deserted beach. With Dee and Rob suitably impressed by the view, we joined up with the coastal path and began the walk towards Bondi.

We only made it around the first headland before stopping for a much needed beachside coffee at the Tamarama cafe. Reenergised, we continued along the clifftop, with beautiful turquoise water to one side, and multimillion dollar houses to the other. There’s nothing like a trip to the eastern suburbs to give you a glimpse of how the other half live!

By the time we reached Bondi the crowds had begun to arrive, and we joined them as we walked along the sea wall with its ever-changing collection of street art and murals. We reached the quieter North Bondi, where we stopped at the Depot for a very enjoyable brunch – another one of our favourite things to do in Sydney!

Continuing with our busy itinerary, we caught the bus further north along the coast to Watsons Bay, which sits at the top of the harbour’s southern headland. The sheltered bay is lined with a number of bars and restaurants and provides incredible views of the Sydney skyline in the distance. 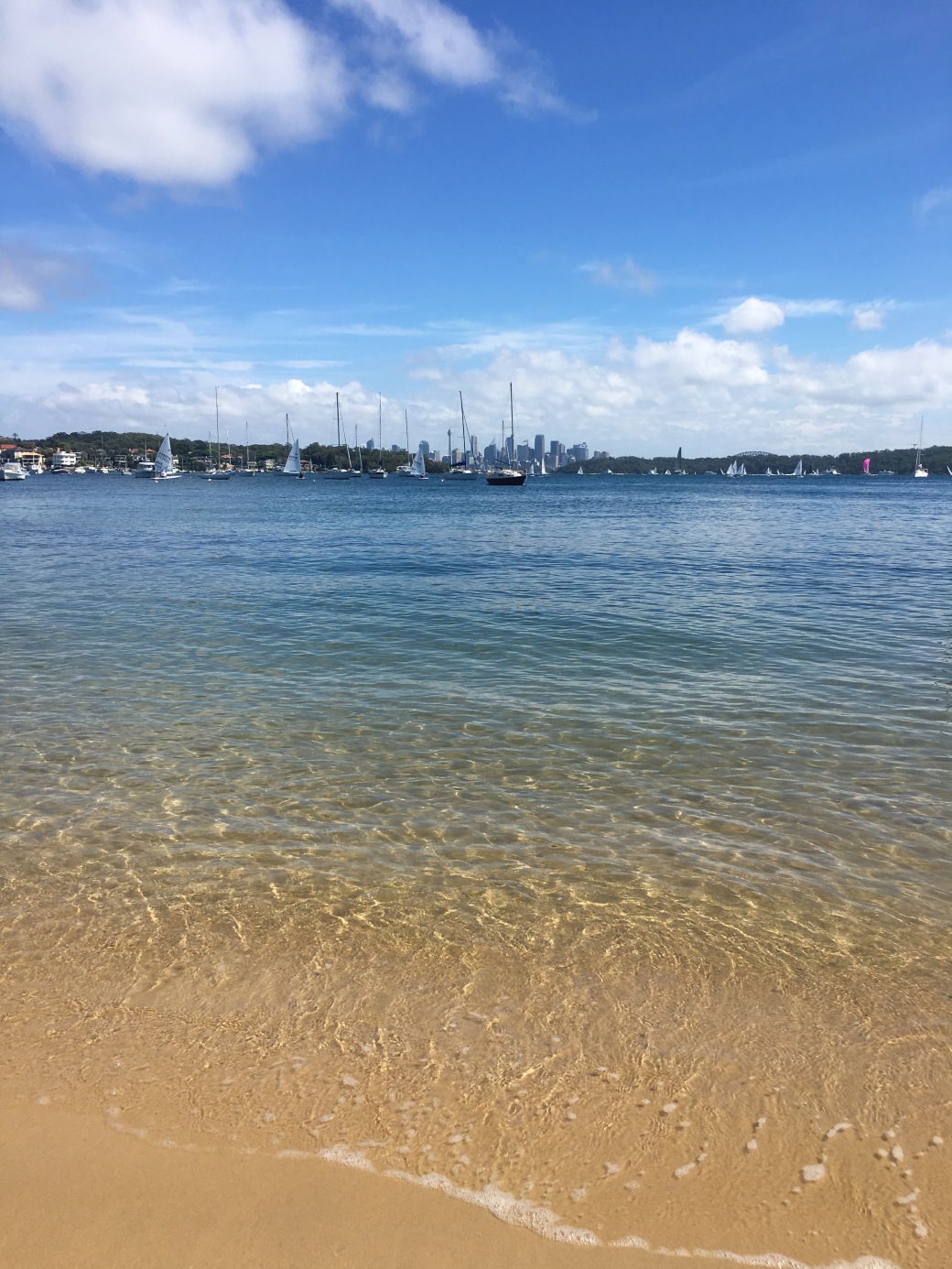 We decided to take the more scenic route back into the city, boarding a ferry to take us all the way into Circular Quay. The journey provided great views and took us past a number of the harbour’s islands as we made our way closer to the city, with the iconic Opera House and Harbour Bridge dominating the view.

After disembarking in the city, we took a stroll around the Opera House, stopping for a obligatory photo, before making our way to the nearby Museum of Contemporary Art, which has one of the cities best rooftop bars – a perfect way to end a great day of exploring. 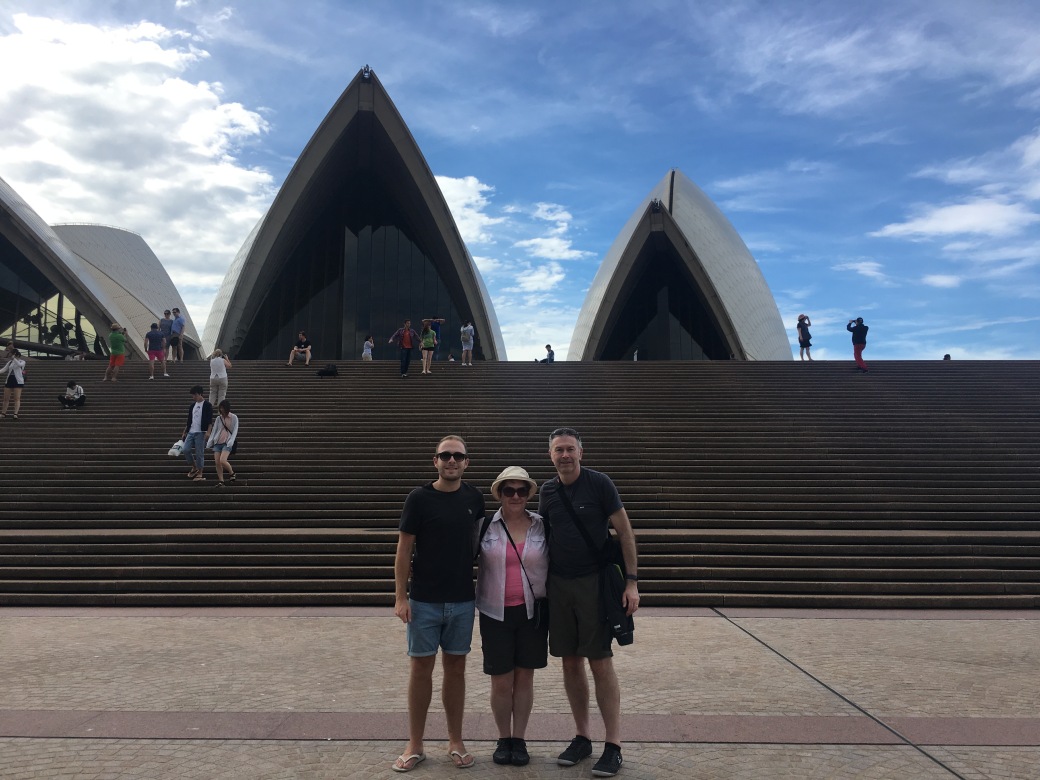 There was yet another early start the following morning, as we ventured out of the city, taking the two hour journey west to the Blue Mountains.

We began with a visit to the Echo Point lookout at Katoomba. The site is extremely popular and can get very busy once the coach tours begin to arrive, unsurprisingly given the spectacular views of the famous Three Sisters rock formation. We wandered around the numerous viewing platforms before following the walking trail to the Giant Stairway, and taking the steep steps down to Honeymoon Bridge, which connects to the first of the Sisters.

Back on the road, we visited several more of the nearby viewpoints, including Cahill’s lookout before stopping for some lunch at Gordon’s Falls. Making use of the great public BBQ facilities, we cooked up some delicious kangaroo burgers for us all, washed down with some cold beers – can’t get more Aussie than that!

Before returning to the city,  we made one final stop at the stunning Wentworth Falls, another of the region’s most popular attraction. We followed the walking track around the top of the falls, where you can see the water crashing 187m down over three tiers into the valley below.

Arriving back into Sydney, we took Dee and Rob on a quick tour of our home suburb of Glebe, ensuring we found time for a visit to our favourite cafe Badde Manors, which has a cake selection that has to be seen to be believed!

We ended the weekend with another delicious meal at Vacanza, a great little pizzeria in the popular inner-city suburb of Surry Hills, before saying our goodbyes back in Darling Harbour. It was great to spend a few days showing Mum and Dad around some of our favourite parts of Sydney, and hopefully they left suitably impressed with our choice of city.