After a cloudy drive over the Haast Pass from the West Coast, the weather cleared up almost immediately as we arrived into the resort town of Wanaka. The town is situated on the banks of Lake Wanaka and is surrounded by the beautiful backdrop of the Southern Alps.

We wandered briefly around the small but busy town centre, before beginning along the Mount Iron summit track. The 4.5km trail climbs gently over rocky terrain, with the view across the town and lake gradually growing more and more impressive. Upon reaching the summit, we found a perfectly situated bench to sit and take in the panoramic views.

We spent the rest of the day exploring around Wanaka including the lakeside Rippon Vineyard. With the cellar door packed with visitors, for once we decided against sampling the wines on offer, but we did take a short walk around the stunning grounds 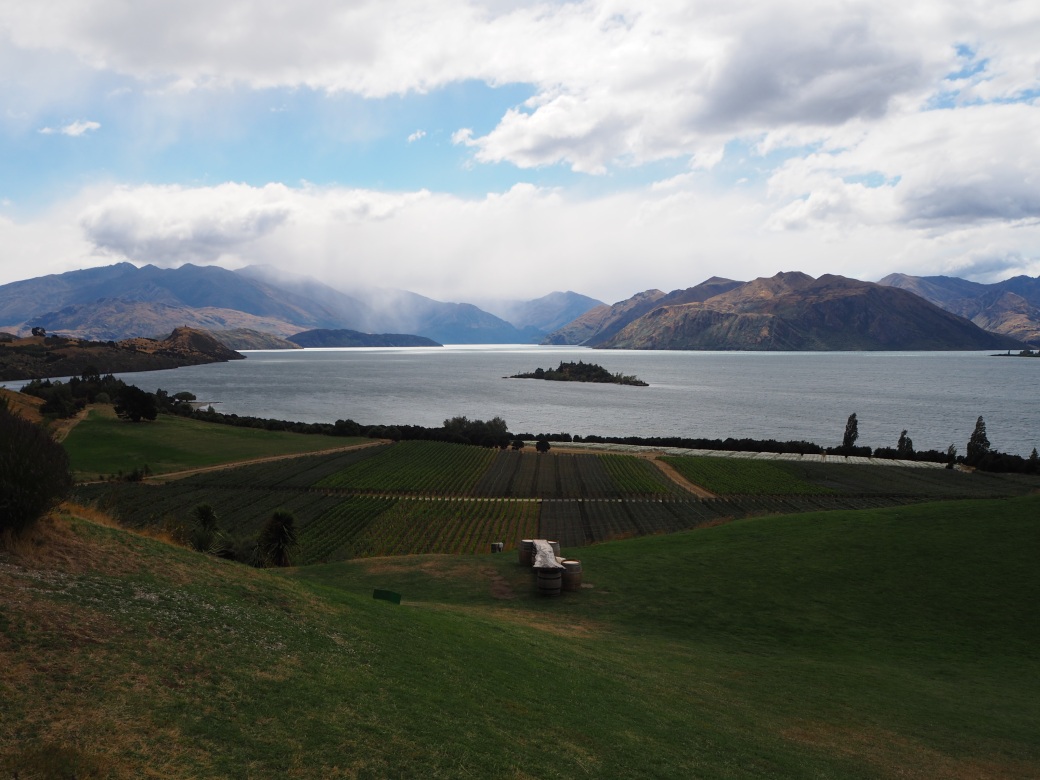 On the other side of the town, we found the quiet Wanaka Lavender Farm. We browsed the gift shop’s wide range of goods, sampling some of the lavender fudge, before wandering around the gardens. Unfortunately, with summer coming to an end the vivid colours of the flowers had began to fade, however it was still an enjoyable walk.

Situated on the edge of the lake is one of Wanaka’s more unusual attractions, and probably the most photographed tree in New Zealand.  The Wanaka Tree or #thatwanakatree as it’s known on Instagram, is a social media star and has become hugely popular with tourists. Despite being a little underwhelmed by the small Willow tree, I still joined the crowds to take some photos of my own. 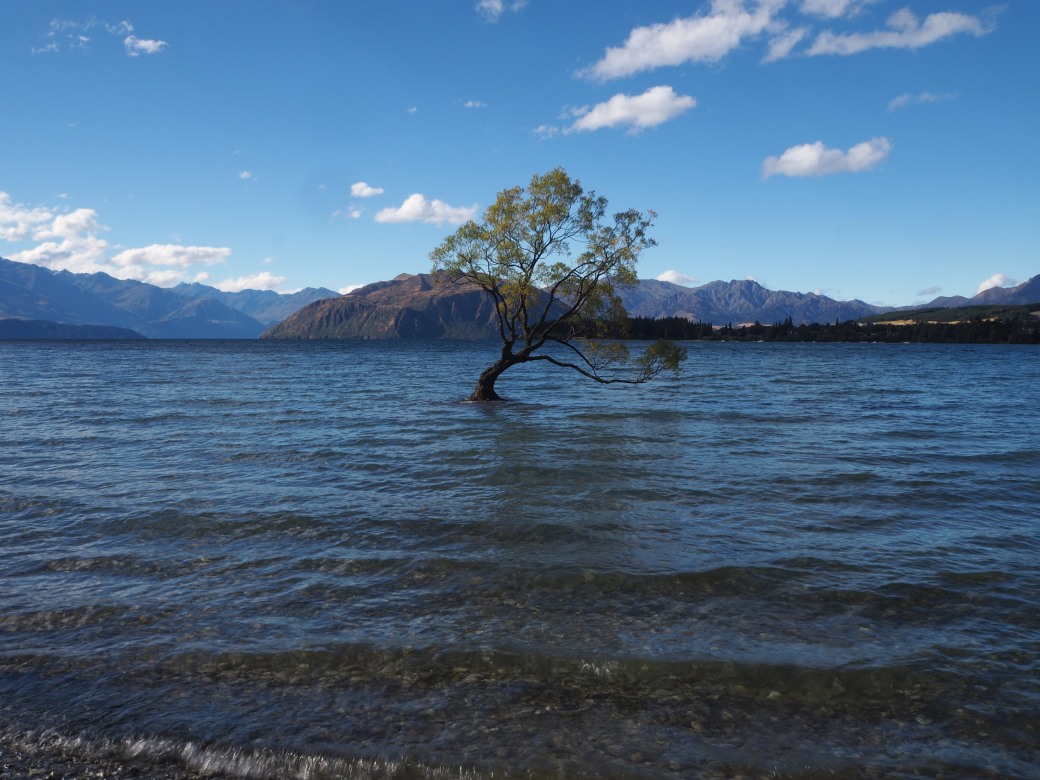 Another of Wanaka’s star attractions, and now possibly one of the most popular walks in all of New Zealand, is the climb to the 1,578m summit of Roy’s Peak. In an attempt to avoid the crowds, we decided to begin the walk early and arrived at the starting point just after 5.30am. We were surprised to find that the car park was already busy, with people clearly deciding to climb to the summit in time for sunrise.

The extremely steep trail follows an old 4Wd track which was fairly easy underfoot. Despite this, with only one underpowered torch between us, we were pleased when it began to lighten up. As the sun slowly rose over the surrounding mountains, the view out over the lake became more and more impressive.

After several hours of almost constant climbing we finally arrived at the viewpoint that makes the walk so popular. This is the photo everyone wants to get, and despite starting so early we still had to join a short queue before it was our turn for a photo. It was freezing as we walked out onto the exposed viewpoint, but it was well worth it for the incredible views around us.

It appeared that some hikers were heading back down after reaching the viewpoint, which seemed a shame after getting so close to the summit. Despite heavy legs, we had not yet been defeated and we continued to climb for at least another half an hour. 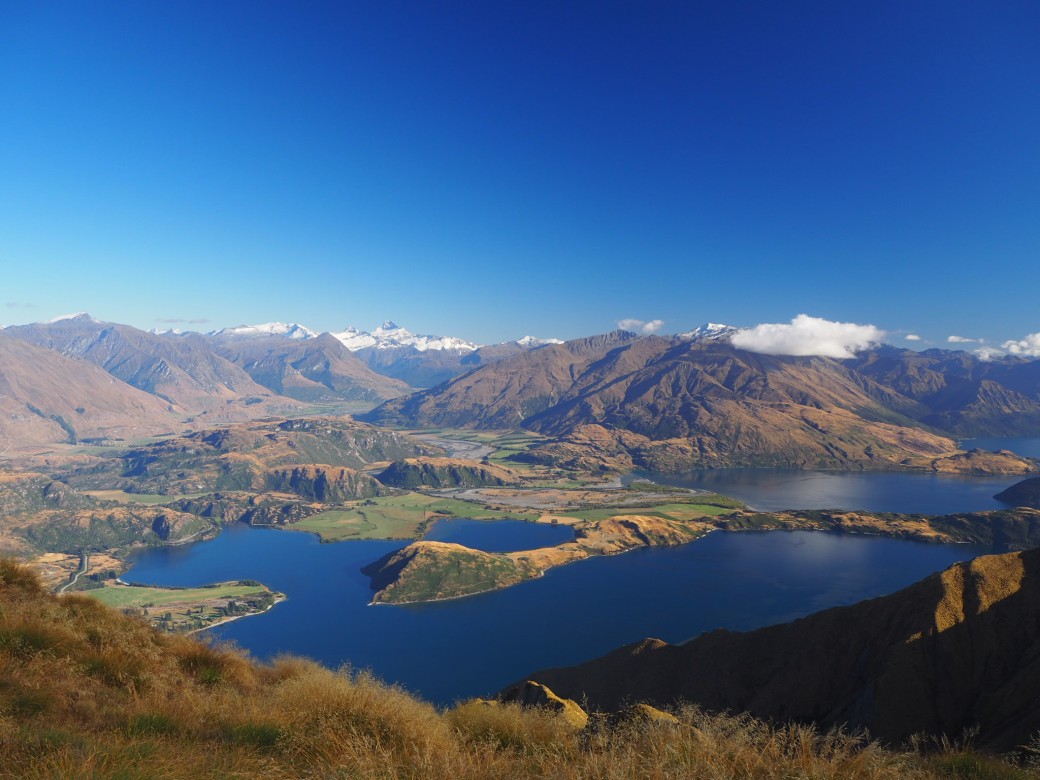 We finally reached the summit at around 8.30am, completing a total climb of over 1,200m. Well in need of a rest by this point, we found a great spot to sit and admire the view while enjoying a second breakfast.

The return journey was considerably faster, with some sections of the track so steep that it was easier to run than walk down. It was a great feeling as we flew past the many people that were now struggling up the track, and we were glad to have started the walk so early.

We arrived back into Wanaka just before midday, finding an outside table and treating ourselves to a hot chocolate at the lakeside Alchemy. The rest of the afternoon was spent relaxing and resting our legs, in preparation for an action-packed few days in Queenstown.