After travelling back south along the coast from Cape Reinga, our next stop was at the Bay of Islands, one of the country’s most popular tourist destinations.

The bay is home to 144 islands in total, and is well known for its stunning landscapes and pristine beaches, while the area also holds historical significance, being home to some of the country’s first European settlements.

We decided to base ourselves in Paihei, a small waterfront town which provides the perfect gateway to the islands. Keen to get out on the water, we immediately boarded a ferry to take us over to the town of Russell.

END_OF_DOCUMENT_TOKEN_TO_BE_REPLACED

Probably the highlight of our Christmas holiday in Tropical North Queensland was the two days we spent exploring the World Heritage-listed Daintree Rainforest. Known as the world’s oldest rainforest, the Daintree is said to be 180 million years old, and is one of the most complex ecosystems on Earth.

The Daintree is also known as the point where rainforest meets reef, with the Daintree Reef located just a short distance from the coastline.

END_OF_DOCUMENT_TOKEN_TO_BE_REPLACED

For our 2018 Christmas holiday we decided on a trip to North Queensland, one of the very few popular tourist destinations in Australia that we had yet to visit, and the furthest north we had been since arriving in the country.

We flew out of Sydney a few days before Christmas, and thankfully just minutes before the city was hit by a huge hailstorm, with hail the size of tennis balls causing extensive damage to homes and vehicles (Rachael’s included).

Arriving into Cairns, the hot and humid tropical climate was immediately apparent upon stepping out of the plane. We picked up our rental car, and made the short drive to the AirBnb where we would be staying for our first night.

The following morning we began our road trip, driving south out of Cairns, with our first stop at Babinda Boulders. The popular swimming hole is given its name by the vast boulders that surround the creek. Thankfully, despite it being summer the water was still refreshingly cool and shaded from the sun by the surrounding trees, making it perfect for a relaxing swim. We followed a short walking trail along the river, stopping at several viewpoints to watch the water rushing past over the rocks.

END_OF_DOCUMENT_TOKEN_TO_BE_REPLACED

With both of our 28th birthdays within just a few weeks of each, we decided to celebrate them with a weekend away. After I had planned such a successful weekend in Hunter Valley earlier in the year, this time it was Rachael’s turn to surprise me.

I left work early on Friday afternoon expecting a long road trip, however I was surprised to be picked up in a taxi and it was soon revealed we would instead be going to the airport.

The excitement grew even more when I was told we would be flying to Adelaide, before driving on to Port Lincoln where we would spend the following day diving with Great White Sharks!

Thankfully the flight to Adelaide was just a few hours as, this being Australia, the second leg of the journey involved a seven hour drive. We picked up the rental car as quickly as possible, keen to complete as much of the journey as we could before darkness. We finally arrived at the hotel just after 1am, thankful to have not hit any of the many kangaroos we saw along the way

After just a few hours sleep we were picked up from the hotel at sunrise and taken to the nearby marina where we were soon boarding the large boat, ready for our shark diving trip. 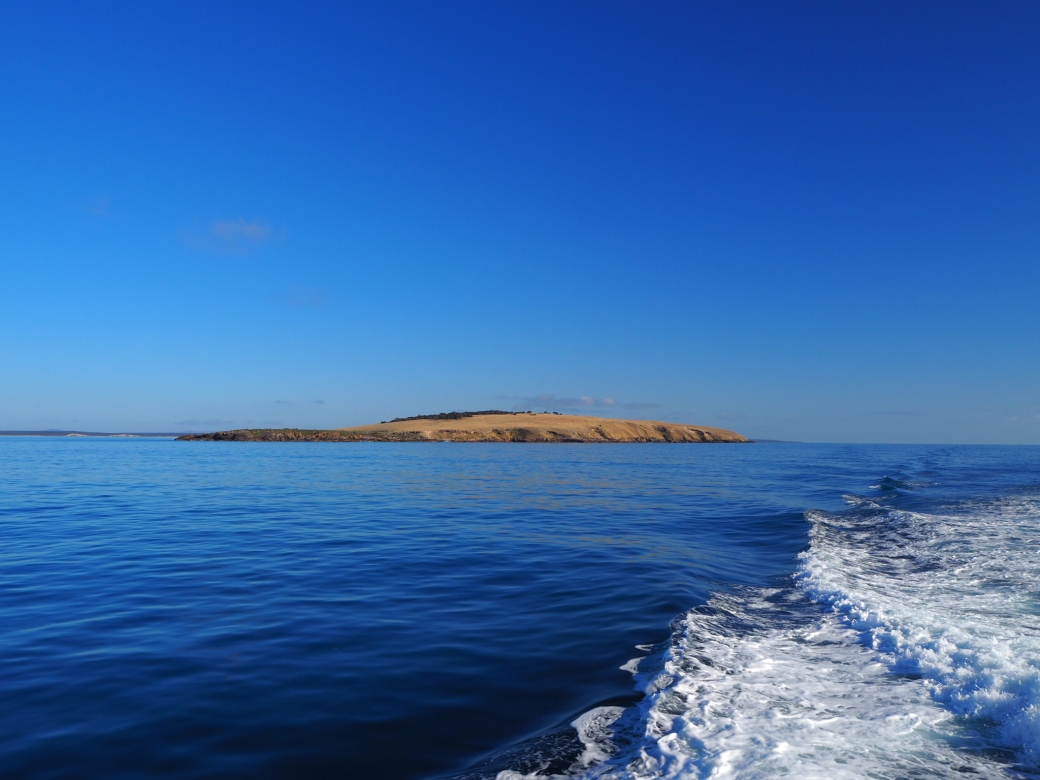 END_OF_DOCUMENT_TOKEN_TO_BE_REPLACED

With the Labour Day public holiday falling on the first Monday of October in New South Wales, we decided to make the most of the long weekend by doing what we do best – an incredibly long road trip!

For this trip we decided to go even further than our previous trip to Coffs Harbour, making the nine hour drive to Byron Bay, the famous coastal town that is one of New South Wales most popular attractions.

After leaving Sydney on Thursday evening, we stopped for the night in Port Macquarie, before making the second half of the journey early Friday morning.

Byron is most famous for its beautiful beaches, and laidback surfing lifestyle, and after finally arriving we made our way straight to Clarkes Beach, at the eastern end of the town.

END_OF_DOCUMENT_TOKEN_TO_BE_REPLACED

With Rachael required to spend a day working in Coffs Harbour on one of her many business trips, I decided to book some time off and join her to make a weekend of it.

We arrived late on Thursday night, having made the long six hour drive immediately after finishing work. This was especially challenging given my day had started at 2am watching England’s tense World Cup victory against Columbia.

Despite this we were up early the next morning, finding a great little café for breakfast before I dropped Rachael at work for the day. Feeling energetic, I walked towards the harbour, before following the esplanade around to the southern break wall. With clear blue sky, it was a perfect winter day and I was more than happy with my decision to take a day off work.

END_OF_DOCUMENT_TOKEN_TO_BE_REPLACED

Vivid Sydney is an annual festival of ‘light, music and ideas’, which has become one of the cities most popular events since it began in 2009.

Although the citywide festival includes a wide range of events, it is mostly known for it’s light instillations and projections that illuminate the city, and transform its landmark buildings.

Unfortunately, our only glimpse of Vivid in 2017 was from an aeroplane window, as our first night living in Sydney coincided with the festival’s closing night. We were therefore keen to get the full experience this year, and eagerly awaited its arrival.

END_OF_DOCUMENT_TOKEN_TO_BE_REPLACED

With most of our time in Australia spent near the coast, a trip to the outback was high on our list of priorities for this year. We therefore decided to escape the beginnings of winter in Sydney for a long weekend in Uluru. This meant venturing into the Northern Territory, and completing the set of Australian states and territories visited – not bad having only been here for just over a year!

Uluru, or Ayers Rock as it was named in the 19th century by a European explorer, is a vast sandstone rock formation that rises from the desert, and an important sacred site for the area’s Aboriginal people. It is listed as a UNESCO World Heritage site, and is situated within the larger Uluru-Kata Tjuta National Park. The Park is extremely remote, with the closest town of Alice Springs 450km (280m) by road.

After a three hour flight from Sydney we arrived into the Ayers Rock Airport, which is little more than an airfield. We were struck by the sparse landscape as we came into land, with no sign of civilisation in sight. We picked up our rental car and made the short  10 minute drive to the Ayers Rock resort town of Yulara, getting our first glimpse of the vast rock as we arrived.

END_OF_DOCUMENT_TOKEN_TO_BE_REPLACED

After visiting several of Australia’s wine regions while traveling, and having not visited one for at least a month, Simon planned a weekend away to revisit Australia’s oldest wine region – Hunter Valley. Although this time, I would be coming away with something much better than wine knowledge and a sore head. 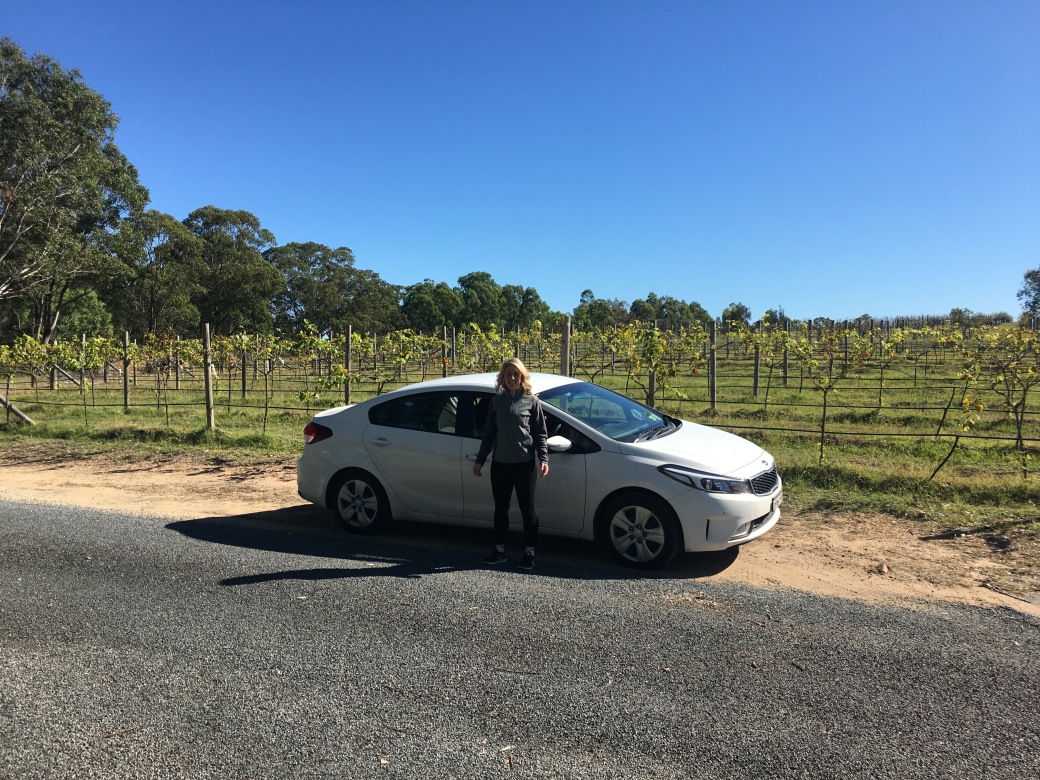 After finishing work early on the Friday and making the short two hour drive from Sydney, we arrived at our accommodation for the weekend, the Déjà vu Estate. Although there was nothing déjà vu about it, we had definitely never stayed anywhere like this before. END_OF_DOCUMENT_TOKEN_TO_BE_REPLACED

Just a few days after our trip to the Commonwealth Games, we decided it was time for another weekend away, so we booked an even more spontaneous trip to one of the remaining places on our ever-smaller to-do-list, Kosciuszko National Park.

Now I, like many people, was under the impression that Australia was a relatively flat country, however Mount Kosciouszko actually rises 2,228m from sea level, which is almost double the height of Ben Nevis.

The Park is located roughly halfway between Sydney and Melbourne, making it a long drive just for the weekend. We therefore decided to split the journey in two, staying in Canberra on the Friday night, before continuing on our way early the next morning.

The second leg of the journey was through thick fog, and across one of the most remote landscapes we have seen in Australia. Given this, and the considerable amount of roadkill, we were very thankful not to meet any kangaroos along the way.

We finally arrived  into the small town of Thredbo, which although quiet during our visit, transforms into one of Australia’s most popular ski resorts between July and September each year.